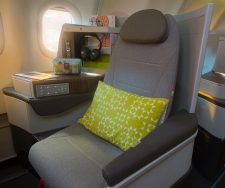 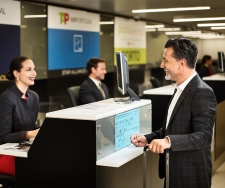 TAP Air Portugal is the leading airline to Portugal from the UK, flying to numerous destinations within Europe and beyond. In operation since 1945, TAP celebrated 70 years on March 14, 2015, and has completed its privatization process in 2015, with the Atlantic Gateway Group being its main shareholders. TAP’s hub in Lisbon is a key European gateway at the crossroads of Africa, North, Central and South America, where TAP stands out as the international leading carrier with 82 weekly flights to ten destinations in Brazil:

In 2016, TAP introduced the Portugal Stopover Programme which enables passengers who are travelling to TAP’s long-haul destinations can enjoy up to five nights in Lisbon or Porto along the way, at no extra flight cost.

The Portugal Stopover is comprised of more than 150 partners who provide exclusive offers for Stopover customers, including hotels, shopping discounts and even a free bottle of Portuguese wine in participating restaurants.

Additionally, passengers whose final destination is in Portugal, such as The Algarve, The Azores or Madeira, can also take advantage of a stopover in Lisbon or Porto.

TAP is the launch carrier for the brand new Airbus A330-900neo aircraft, 19 of which are scheduled for delivery until the end of 2019. By 2025, TAP will have a total of 71 brand new aircrafts, including nineteen A320neos, seventeen A321neos, and fourteen A321 Long Range jets. With this huge increase in their fleet, TAP is now able to launch new destinations and spread the global opportunities that are offered to the airline’s customers.

The A330neo will feature the new Airspace cabin by Airbus. The economy cabin is comprised of two categories: Economy and EconomyXtra. The configuration and design of the aircraft provide a relaxed atmosphere, with more legroom and deeper seat recline. In TAP’s Executive business class, there are 34 new fully-flat reclining chairs that are more than six feet long when fully reclined, they include USB slots, electrical sockets, connections for headphones and individual reading lights.